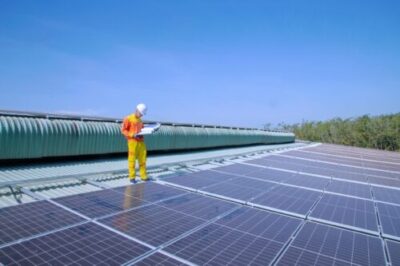 What is Solar Energy? The most famous source of renewable energy is solar energy. The transformation of solar energy to electrical energy with the he

What is Solar Energy?

The most famous source of renewable energy is solar energy. The transformation of solar energy to electrical energy with the help of solar modules is the main reason for fulfilling the power demand of the entire world. Power is the need of every individual in the world because with the help of it bulbs are enlightened, fans are rotating, factories are running and etc. With the passage of time clean energy is also very demanding because of the increase in air pollution and most power sources like thermal, coal, nuclear are the biggest source of causing air pollution that’s why everyone is focusing on clean energy and its best example is the production of power by using solar module/panels.

Renewable energy or clean energy is extracted from the sun and is used for the production of power. Power is produced by using solar modules which contain solar cells or photovoltaic cells. Cells are connected in series/parallel connections to built up the complete module for example Jinko 535Watt solar module. 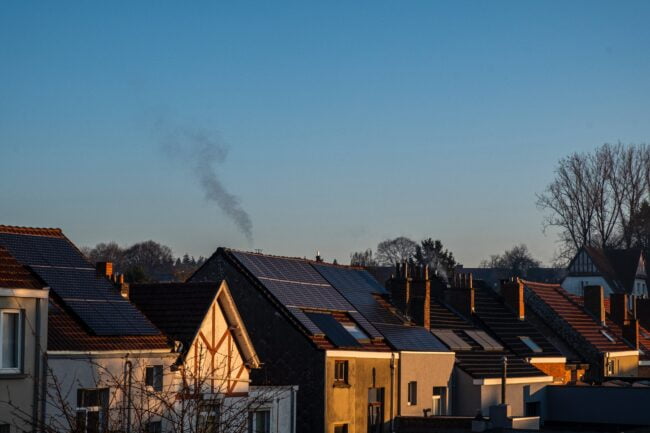 Every gadget which is useful has advantages and disadvantages similarly solar energy panels have pros and cons. Solar energy is a renewable source of energy and also a green or clean energy source. By utilizing this energy via solar modules electricity bills are reduced. It has diverse applications like solar thermal, solar panels, solar lights, solar geysers and etc. The solar power system has a low maintenance cost. With the increment in demand, its technology also develops very fast. But solar power system initial cost is high. It also depends on weather like in summer it works perfectly but in cloudy weather, it loses its performance. It demands a battery bank for power storage which is very costly. Solar panels cover a lot of space. Pollution also affects its performance.

The solar energy market is booming. According to NREL solar industry will add up to 10 GW(gigawatt) of new solar capacity through the year 2022.  That should increase to an average of 20 GW per year in 2030. Powering up solar will results in declining solar costs. Several companies focus on solar energy and should benefit from its expansion and many companies in the solar power sector are working to enhancing their shareholders, however, these companies seem most worthy of investor consideration. These companies are performing a variety of functions or services includes manufacturing components like inverters and solar panels, Installing solar panels, and operating solar energy generating facilities. The companies are Brookfield Renewable. Its operations are solar energy generating facilities, wind farms, hydroelectric power plants. First Solar. It is a NASDAQ listed and manufacturer of thin-film solar panels. SolarEdge Technologies is also NASDAQ listed and the manufacturer of Solar panels and power optimizers and the stock of these companies shines brightly because of the rapidly expanding  Solar market.

Solar is the most emerging field in this century. Actually, it links with other fields of engineering and technology. Solar is specifically fulfilling the power demand worldwide. Its invention from the bell labs as a solar cell and then formed a complete power pack known as solar module proves that Necessity is the mother of invention. Now every country is focusing on the research and development as well as the deployment of solar power systems because it is a Renewable energy source and also a green source of energy. As mentioned earlier that it links with other fields and also other sectors got benefited from the solar power systems. It links with the civil engineering sector because before the installation of solar modules calculation of land, its condition and the most important civil works by which concrete blocks are made over which solar models are installed and they increase solar panel life and safe it from disastrous weather conditions.

It also links with the mechanical engineering sector because when a solar module mounting structure is formed certain mechanical calculations are required along with software simulations. Majorly, it Solar links with electrical and electronics engineering field. If we define a Solar power system, it is a system by which solar energy from the sun is converted into electrical power. Some Parameters are involved for conversion purposes like solar inverters and etc. The efficiency of a solar power system depends on various parameters initially solar modules, flexible dc wires which are the source of transmitting power, and solar string inverter.

Three Categories of solar power systems exist worldwide. Off-grid system, On-grid system, and hybrid solar power system. For backup purposes, off-grid and hybrid systems are used. China is contributing a lot to making solar commercial and easy to access by every individual across the world. Initially solar is not adopted by ordinary people due to high rates but when china is entered into the manufacturing of solar market it is in access of every individual and by that its popularity raised up day by day. Now the best manufacturers of solar modules include longi, Hanwa Q cell, Canadian Cells, JA power, and last but not least is Jinko. Solar string inverter manufacturers include Voltronic power, Huawei, Chint, SMA and etc.

Solar is also the biggest demand because of the phenomena of net metering by which solar power system is synchronized with the power distribution source and the excessive power is transferred to the country power system. By which electricity bills are reduced and the raised power demand of a country is also fulfilled. After Successful installations at homes, worldwide solar power is adopted by the commercial and industrial sectors on which the progress of every country depends. Now megawatts of solar power is installed in the industrial sector which determines the popularity as well as the increase in efficiency of the solar power systems.