Can autonomous vehicles replace human-driven ones?

Will autonomous cars eliminate driving jobs? Ford has announced that it will produce a fully autonomous vehicle by 2021, and Tesla has already produce

Will autonomous cars eliminate driving jobs? Ford has announced that it will produce a fully autonomous vehicle by 2021, and Tesla has already produced an autonomous car that can be used on highways. Autonomous vehicles are on the radar since companies like Tesla are already pushing out software updates to their Model S cars to update them with additional capabilities for autonomy.

We’re still a while away from the day when you can go to sleep at night and wake up in the morning to your car driving you to work on its own, but if you think about it, autonomous vehicles are already here – self-parking cars anyone? They’re well on the way to making driving safer, though, and they can even make driving more efficient.

Autonomous vehicles are the next big thing in the automotive industry. They are coming, whether you like it or not. The idea of self-driving cars has been in the works since the 1950s, but it wasn’t until the end of the 20th century that this idea really took off. The development of autonomous cars has grown in pace in the last few years, too. It’s estimated that in the year 2025, there will be 10 million self-driving cars on the roads worldwide. The possibilities of autonomous vehicles are endless.

Some people may ask, what’s the point in having a vehicle that drives itself? But when you think about it, it makes complete sense. Not only will the number of accidents go down, but the number of people choosing to travel by car will increase. In a world where autonomous vehicles will become the norm, the average person will be able to do anything they want while in transit.

Imagine, no more sitting in traffic jams, no more missing a meeting because of a delayed bus. We’re going to be able to design a completely new kind of public transportation that will meet the needs of a wider range of people. With a lot of the initial testing already done, we should be seeing these vehicles on the road within the next decade. 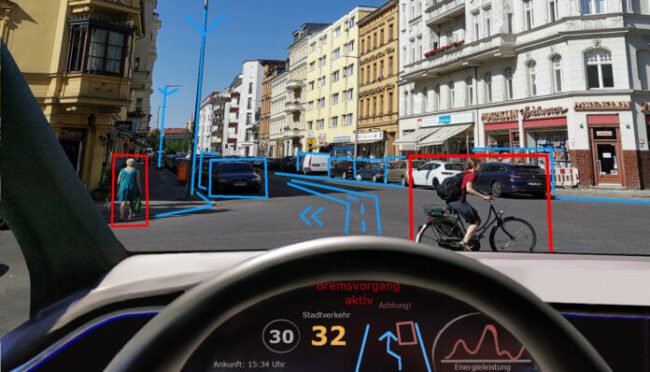 How do autonomous vehicles work?

It’s a question that’s been on your lips and in your mind for a while: when will we be able to get in our car and just drive off? The way it works is simple, really. The car can detect the lane lines. It can detect any other cars on the road. It can detect pedestrians. It can detect stoplights, stop signs, speed limits, and more.

All of this information is relayed to the driver in the form of a screen, called a heads-up display. When the driver sees something they don’t like, they can hit the brakes, turn the wheel, or do whatever else is necessary to get the car back under control. Autonomous vehicles (AVs) are becoming a rising topic in the modern automotive industry, and for good reason.

Technology in the automotive industry is always looking for ways to improve the process of driving and also the safety of the driver and the passengers. AVs provide a way to do that by allowing the computers in the vehicle to take control and help the driver in any situation. But how will they work and how fast can we expect to see them on our roads?

The concerns about autonomous vehicles

As autonomous vehicles are quickly becoming a reality, concerns are increasing about the immediate impact they will have on the driving sector. Not only are people with personal interests across the board sponsoring legislation to speed up the process of getting them onto our roads, but also, there are some serious concerns that need to be addressed before they can be fully accepted into society. Self-driving vehicles will most likely cause the most disruption to the automotive sector, but it won’t stop there.

Autonomous vehicles (AVs) are coming and, like any new technology, they bring both opportunities and concerns. It’s possible that the AV industry could create jobs in the future, but it’s also equally possible that they’ll put a lot of people out of work. If you’ve heard the term ‘AV’ before but aren’t familiar with it, autonomous vehicles are cars, trucks, and other vehicles that can drive themselves without any human input.

How will autonomous vehicles impact industries?

Not only will autonomous vehicles impact industries, but they will also impact job security. Self-driving trucks could mean the end of the road for truck drivers, so what will they do? The road to autonomous vehicles is well on its way, but the journey will belong. Even so, it’s not so far off that we can’t already see the impact it will have on industries like trucking.  The simple fact is that there are already autonomous vehicle prototypes on the road, and companies like Uber are already experimenting with them.

There are also companies like Tesla that are already making vehicles that can be driven autonomously. Autonomous vehicles might be a double-edged sword for the driving sector, and they’re well on the way – people with personal interests across the board are already sponsoring legislation to speed up the process of getting them onto our roads.

The pros and cons of autonomous vehicles

There are obvious advantages and disadvantages to using autonomous vehicles and we won’t be able to tell how it will impact industries until we see them on the road – so we’ll all have to sit back and watch this space.

The Use of Powerline Networking Technology 0