Which is the Richest Country in the World

Richest Country in the World There are 197 countries in the world out of them some are developed and others are developing countries. In this blog, w

Richest Country in the World

Many European countries are progressing rapidly and their citizens are leading a very peaceful life. Countries like Germany, France Italy, and Switzerland are considered to be the richest and prosperous countries in entire Europe. Actually, the richness of the country depends upon GDP. It is actually gross domestic product. GDP is the measure of wealth in the country and the wealth sources are exports, consumption, incomes, the value of goods, and the value of services the country produces in a year.

The GDP per capita is the wealth divided by the number of inhabitants in the country. So in simple GPD, and the per capita income defines country richness. The below list with the latest information comprises the richest countries in the world. 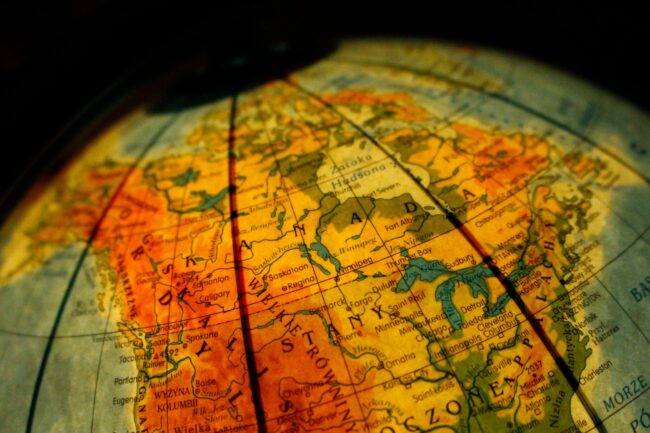 It is considered to be one of the richest countries in the world. It is a very popular country due to its very less employment rate, and very high-income level. Its  Population is 629,191 and GDP per capita $ 118,359. Its inflation rate is 1% which is very low as compared to other countries worldwide.

It’s a land lock country and its people mostly residing in the neighboring country. Because of the latest infrastructure and very high values for the labor market attract foreign investment to Luxembourg. The most educated labor belongs to this great country. Many best and popular industries belong to this country.  This country also has the most prosperous agricultural sector.

This country stood second in the list of the top richest countries. It has approximately Population 5,866,407, and GDP per capita $ 98,526. Having no natural resources to build its economy on has not stopped the hard-working and inventive Singaporeans from turning their country into the second-richest in the world. Being a major world hub for global financial services firms drives the economy. The jobs in manufacturing, services, transport engineering, and logistics pay its citizens well, while electronics, biotechnology, and chemicals are the main exports of the country.

This country has a population of about 4,953,494, and GDP per capita: Int$ 93,612.2. Low corporate taxes continuously attract numerous multi-billion dollar companies to relocate and grow their business in Ireland, contributing to the GDP, and the high standard of living for the people. Although citizens receive high wages, the income per capita has been growing at a much slower rate than the collective GDPThe country’s main exports comprise metals and food products, including brewing, computers, their parts and software, and textiles.

In the Arab world, it is famous for LNG, and petroleum. It is also on the list of the world’s richest countries with a population of 2,899,617, and a GDP per capita of $ 89,948. With only a small fishing industry and almost no schools just fifty years ago, the once-sleeping peninsula off Saudi Arabia’s eastern coast has turned into a major oil-exporting world center in the last two decades.

Qatar first began massive exports of natural in 1997 to Japan and Spain, expanding to other countries in the early 2000s. Fifteen years and 14 natural gas plants later, its GDP has grown exponentially from $30 billion to well over $200 billion USD. Today, Qatar has the largest natural gas reserves in the world following Russia and Iran, at nearly 900 trillion cubic feet, earning 60% of its collective GDP.

Switzerland is the most beautiful and also the richest country in the world. Its Population: is about 8,675,923GDP per capita $ 71,352. It is considered one of the happiest and healthiest nations on Earth, Switzerland is home to German-, French- and Italian-speaking citizens, living peacefully and thriving together for over 800 years. Even with its high cost of living, expensive products, and services, as well as the Swiss Frank’s extremely high value with a high conversion rate to other currencies, people stream to engage with this country through business or tourism.

A stable economy with a fixed currency value, Switzerland is regarded highly by investors in search of a safe haven for highly profitable feats. Attractive tax rates bring in investment, while international companies seek to expand their business to Switzerland.

It is the most famous visit place on the planet earth, world great skyscrapers belong to this country, it is also the richest and peaceful country in the world. Its population is about 9,926,221, and GDP per capita $ 69,957. In the past when it was known as the Trucial States, the pearl industry prevailed in this country from the 1770s until the late 1930s, when pearl-diving was a hobby turned into a major source of income for the people living in the small villages.

Now, having been able to establish some of the most luxurious resorts in the world, Dubai along with the rest of the country has moved on to tourism, which keeps investing in itself through ongoing growth and popularity. While Abu Dhabi thrived, the ruler of Dubai, Sheikh Rashid bin Saeed Al Maktoum, did not lose hope in his state’s potential, loaning tens of billions of dollars to invest in the state’s infrastructure in 1958, completing its first airport by 1960.

Having gained independence from Britain in 1984, the small country of Brunei situated in South Asia, quickly grew to become one of the richest countries in the world. Its population is about 438,788, and GDP per capita $ 65,661.7 Its Sultan regulates everything from the military to the economy, imposing unique punishing rules but also providing free education and medical care for its citizens.

Brunei has an over 97% literacy rate. Brunei is known as the second happiest nation on the continent behind Singapore, which may be surprising, seeing as the wealth of the country is not equally distributed, with much of the population living in poverty.

Its population is about 331,643,466, and GDP per capita $ 63,543. The United States is high resource-rich land and the biggest economy in the world, the United States has a strong purchasing power. It supplies its own energy and is able to export its own oil and gas for profit, and the size of its economy and the high rate of real GDP growth goes unmatched by any other country.

As a relatively deregulated market economy with a decentralized political system, there are virtually no state-owned enterprises, while the legal system protects the liability of investors. Although such stats attract talented people from around the world to take a shot at earning a fortune, it remains one of the top countries where wealth is not shared equally. It is also the superpower country in the world.

Why the future of business is technology? 0