The Boring Company vs Hyperloop Technology

The technology which brings a revolution in the transportation Sector is Hyperloop technology. All the information regarding the hyperloop is gathered

What are Hypersonic weapons? Hypersonic missile all about
Tesla has 150,000 cars using its safety score tool
Best Stands for iPad for Best Productivity

The technology which brings a revolution in the transportation Sector is Hyperloop technology. All the information regarding the hyperloop is gathered in this technology blog.

Hyperloop is an advanced form of ground transportation and now many companies around the globe are working for its physical installation and trying their best to make it more efficient. Its estimated speed is approximately 700 miles an hour, it’s a floating pod that moves inside a giant low-pressure tube, below or above the ground level.

The idea of using low-pressure or vacuum tubes as part of a transport system has a long heritage. The Crystal Palace pneumatic railway used air pressure to push a wagon uphill (and a vacuum to drag it back down) way back in Victorian south London in 1864. Similar systems using pneumatic tubes to send mail and packages between buildings have been in use since the late nineteenth century, and can still be seen in supermarkets and banks to move money around today. 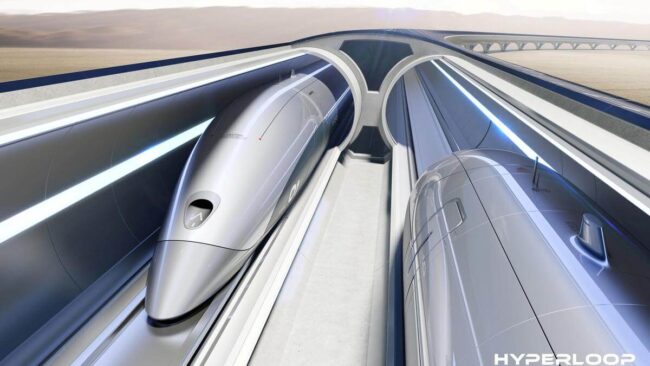 Musk set up the Boring Company with the aim of making it easier and faster to dig the tunnels under, and between, cities in order to make Hyperloop projects viable. Tunnels can cost as much as $1bn a mile to dig; The Boring Company wants to dig tunnels at one-tenth of the price. The company says it can do this by digging smaller tunnels, making faster and more efficient digging machines, and replacing diesel-powered machines with electric ones.

As well as building more efficient digging machines, the Boring Company also offered a line of caps and more unusual flame throwers, both of which sold out rapidly after they were released.In May, the Boring Company won a $48.6m contract to design and build the city of Las Vegas’ planned loop of underground tunnels for moving people in autonomous electric vehicles. The tunnel is expected to be operational by the end of the year.

There are two big differences between Hyperloop and traditional rail. Firstly, the pods carrying passengers travel through tubes or tunnels from which most of the air has been removed to reduce friction. This should allow the pods to travel up to 750 miles per hour.

Secondly, rather than using wheels like a train or car, the pods are designed to float on air skis, using the same basic idea as an air hockey table, or using magnetic levitation to reduce friction. 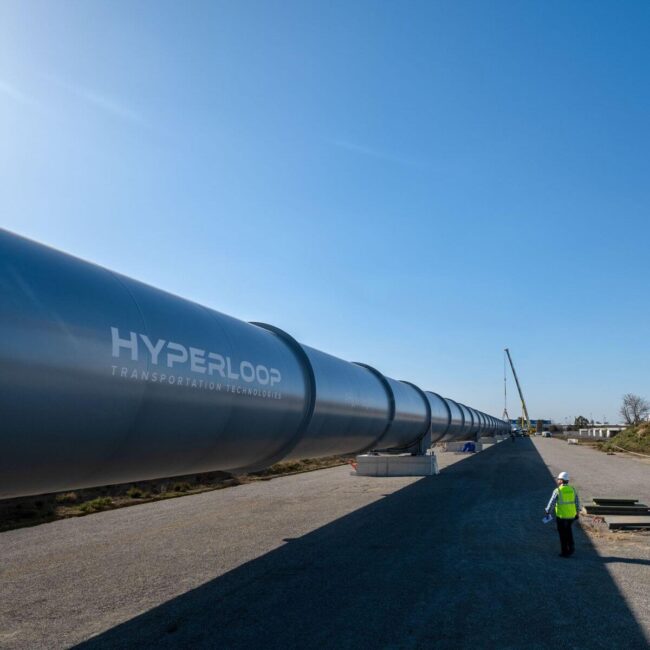 Many technical people often argue that Hyperloop could be cheaper and faster than train or car travel, and cheaper and less polluting than air travel. They claim that it’s also quicker and cheaper to build than traditional high-speed rail. Hyperloop could therefore be used to take the pressure off gridlocked roads, making travel between cities easier, and potentially unlocking major economic benefits as a result.

When Hyperloop is accessible for the local public

A number of different companies are working to turn the idea into a functioning commercial system. Hyperloop technology is still in development even though the basic concept has been around for many years. At the moment, the earliest any Hyperloop is likely to be up and running is 2020 but most services are expected to be later, as trials of the technology are still in their early stages.

It’s still not clear where Hyperloops will actually be established but a number of companies have sketched out routes in the US, Europe, and elsewhere. Potential routes include New York to Washington DC, Pune to Mumbai, Kansas City to St Louis, Bratislava to Brno, Vijaywada and Amaravati, and many more.

In his Hyperloop Alpha paper, Musk set out the case for a service running between Los Angeles and San Francisco, which would be cheaper and faster than a proposed high-speed rail link. He argued that his Hyperloop could be safer, faster, more affordable, weather-proof, self-powering — and less disruptive to people living along the route.

Musk said that a Hyperloop service could be the answer to travel between cities less than about 1500 km or 900 miles apart; beyond that, supersonic air travel would be more efficient, he said.”Short of figuring out real teleportation, which would, of course, be awesome (someone please do this), the only option for super-fast travel is to build a tube over or under the ground that contains a special environment,” Musk wrote. Nobody has got very far with the teleportation idea, alas, but a number of companies have seized at the potential of Hyperloop.

The basic idea of Hyperloop as envisioned by Musk is that the passenger pods or capsules travel through a tube, either above or below ground. To reduce friction, most — but not all — of the air is removed from the tubes by pumps. Overcoming air resistance is one of the biggest uses of energy in high-speed travel. Airliners climb to high altitudes to travel through less dense air; in order to create a similar effect at ground level, Hyperloop encloses the capsules in a reduced-pressure tube, effectively allowing the trains to travel at airplane speeds while still on the ground.

The Hyperloop capsules in Musk’s model float above the tube’s surface on a set of 28 air-bearing skis, similar to the way that the puck floats just above the table on an air hockey game. One major difference is that it is the pod, not the track, that generates the air cushion in order to keep the tube as simple and cheap as possible. Other versions of Hyperloop use magnetic levitation rather than air skis to keep the passenger pods above the tracks.

The pod would get its initial velocity from an external linear electric motor, which would accelerate it to ‘high subsonic velocity and then give it a boost every 70 miles or so; in between, the pod would coast along in near-vacuum. Each capsule could carry 28 passengers (other versions aim to carry up to 40) plus some luggage; another version of the pods could carry cargo and vehicles. Pods would depart every two minutes (or every 30 seconds at peak usage).

Induction Motor which powers the Hyperloop

The pods will get their velocity from an external linear electric motor — effectively a round induction motor (like the one in the Tesla Model S) rolled flat. Under Musk’s model, the Hyperloop would be powered by solar panels placed on the top of the tube which would allow the system to generate more energy than it needs to run.

Difference between Fast Trains and Hyperloop

Supporters argue that Hyperloop is significantly better than high-speed rail. It is lower cost and more energy efficient because, among other things, the track doesn’t need to provide power to the pods continuously and, because the pods can leave every 30 seconds, it’s more like an on-demand service. It’s also potentially two or three times faster than even high-speed rail (and ten times the speed of regular rail services).

Musk’s LA to San Francisco version offered tickets at just $20 but Virgin Hyperloop One is vaguer on its plans: “Difficult to say as it will depend greatly on the route, but the goal is to make it affordable for everyone,” it said, while Hyperloop Transportation Technologies (HTT) said it expects “a profitable system with low ticket price projections”.

That’s the huge, multibillion-dollar — and, as yet, unanswered — question around Hyperloop. The concept has been around for a long time, but until now the technology has been lacking. This time around, it’s possible that the technology may have just caught up with the concept. There are well-funded companies racing to be the first to deliver a working service but, despite their optimistic timescales, these projects are still very much in the pilot and experimental stages.

Going from short test routes to hundreds of kilometers of the track is a big jump that none of these firms has made yet. If the technology is still in development, that’s also very true of the business models to support it. The success of Hyperloop will vary depending on the destinations, local economics, and geography. Trying to build a new line overland across England, for example, can prove an expensive and complicated business that can take many years (as the ongoing HS2 controversy has shown).

In other countries where land is cheaper or where routes can travel through less populated areas, it may be easier to get services up and running faster.  Capacity is another issue. It’s not clear that Hyperloop can do a better job of moving a large number of people than other mass transit options. Critics argue that lots of pods will be required to achieve the same passenger numbers as more traditional rail, which uses much bigger carriages.

And there are many engineering hurdles to overcome, like building the tubes strong enough to deal with the stresses of carrying the high-speed pods and finding energy- and cost-efficient ways to keep them operating at low pressure. Moving from a successful test to a full commercial deployment is a big jump, and passenger trials are still to come. Assuming that consumers are happy being zoomed around in these tubes, finding the right price for the service will be vital, too.

Difference between Electric vehicles? EV (BEV) vs PHEV vs FCEV vs Hybrid

How To Read an Electrical Meter?

How Does Technology Affect The Environment?

Best Motivational Speakers in the World 0

What is CCS? Carbon Capture Technology the capture and storage of carbon dioxide (CO2) before it is released into the atmosphere is known as carbon c [...]
Read More
Education